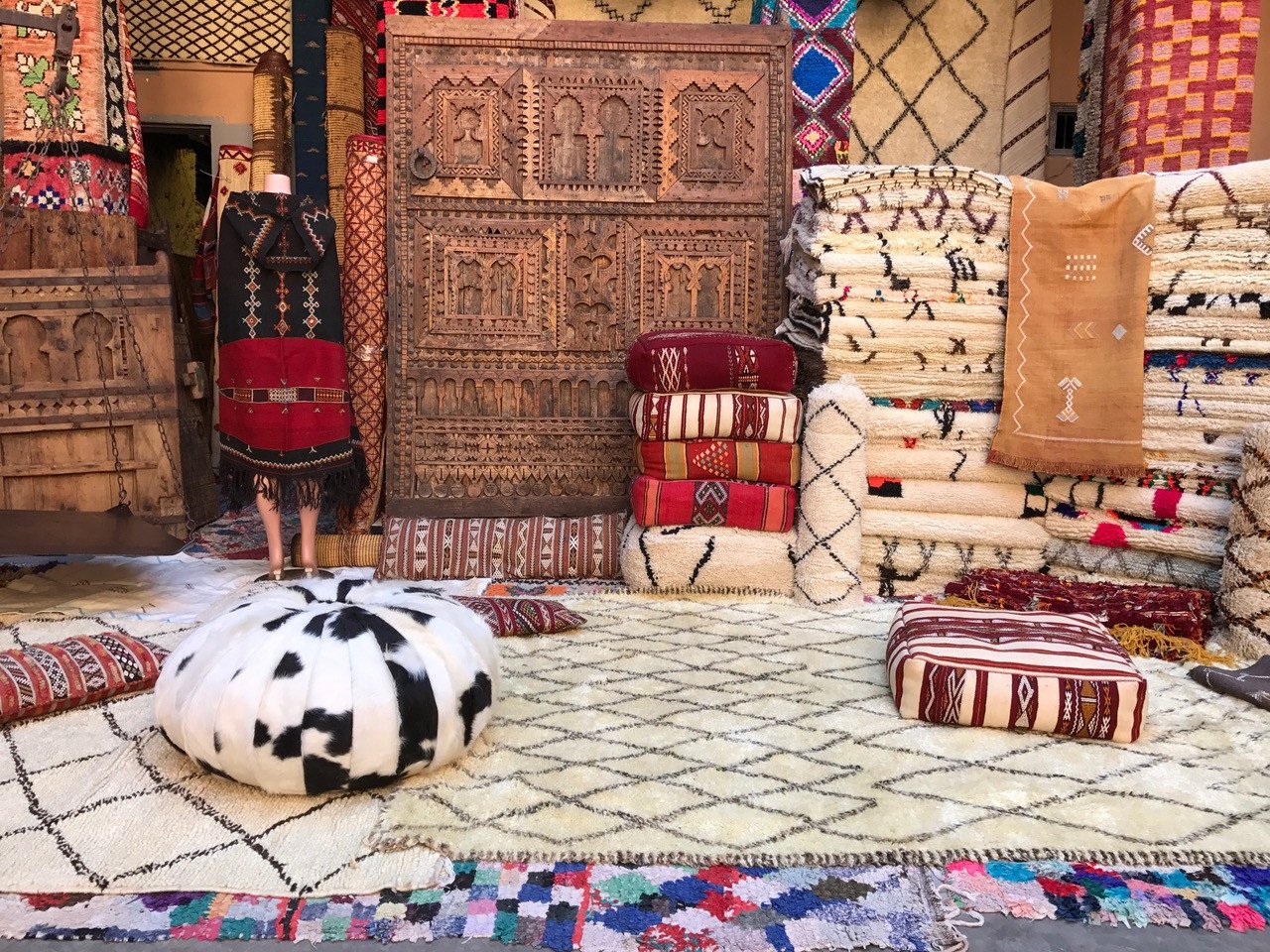 Handmade Moroccan carpets stand out all around the Arab and African globe with valuable motifs, patterns, styles, textures, and colorations. They’re full of symbols that tell about events and regular life, ancestors, and superstitions. Everyone appreciates the beauty of the Moroccan carpets and rugs. It also helps ethnographers and art historians derive knowledge about the culture of the people and the reasons behind every pattern and color used in weaving the rugs or carpets.

The History of Weaving Rugs and Carpets in Morocco

The history of textiles and carpet weaving in Morocco started in the 7th century by the local Amazigh (Berber) people, who were making their carpets for centuries. The techniques of weaving carpets especially the knotted ones with Arabian patterns were developed when Andalusians fled in masse to the country. They shared the basics of Persian carpet weaving with the Berber tribes.

Nowadays, there are approximately 45 Berber tribes in Morocco. Each of them uses its carpet weaving approach, coloration scheme, symbols, motifs, and patterns. Moreover, varieties of Moroccan carpets are named after the tribes or regions where they are produced. Such as Beni Ouarain, Tazenakht, Bujad, Oulmes, Beni M’guild, Zayan, and so on.

The magnificent of self-taught masters from remote villages and areas allow looking into the culture and soul of the people. They are valuable not only as a decorative item but also as a source of information about the history and people’s beliefs in Morocco.

Moroccan carpets are woven by hand in different areas of Morocco, mainly in the Berber settlements of the Middle and High Atlas Mountains. Below are the main two types of carpets in Morocco.

Berber carpets are asymmetric, primitive in execution, and unique in the shape of patterns. They are woven by tribes living in rural areas near Fez, Meknes, and Marrakesh. Berber craftswomen weave ancient symbols and motifs into the carpet, each of them carries a magical meaning as every tribe has its history and patterns.

Rabat carpets are beautiful and complex. Sometimes 150 thousand knots can fit in one square meter. Knotted carpets are distinguished by bright floral patterns located on the borders of products. They are characterized by symmetry, classic designs, and distinctive colors in blue, reds, and grays. Products from Rabat with thick and lush piles have a special value.

The process of making a Moroccan rug.

The production process is completely manual. The material is mostly 100% camel or sheep wool, sometimes with additional cotton. The highest quality wool is the one that is sheared from alive sheep and not from the dead skin. The sheep are usually sheared once a year to get the wool. Then it is washed in the river and dried in the sun, combed and spun into threads, which are dyed according to the old technique with the help of natural materials such as; henna, indigo, iron sulfate, and others. The threads are then wound onto the base of the loom. The next part is knotting the carpet. Here, the talented and expert craftswomen weave and knot the wool threads to make amazing rugs. In addition, the process usually takes two to three weeks and at times months to finish one carpet; several craftswomen can participate in the work alternately.

Symbols used in the carpet.

Patterns, motifs, and symbols are often asymmetrical. They are created spontaneously, without schemes. However, they convey the personal life experiences of the craftswomen. Ancient Berber symbols reflect birth, life, and death, natural phenomena, motivation, and events from the life of the tribe.

The role of women.

Mainly women are engaged in carpet making in small cooperatives of 15-40 people. Most of them are illiterate, and the skill is transmitted from mother to daughter.

Some tribes have a tradition that every Berber woman has to knit three carpets. The girl starts weaving her first carpet at the age of 12, and it is intended to be a gift for the future spouse. Usually, it is a small rug with simple children’s drawings. A married Berber woman knits the second carpet for the family. She weaves her thoughts into the white base, shares her hopes and plans for the future. The third carpet is for the next generation (children, nieces and nephews, grandchildren, and so on), and it contains the history of the family, symbols of the tribe, and instructions to her grandchildren.

Almost every settlement or tribe has its type of carpet – Beni Ourain, Boujaad, Beni M’gild, Marmoucha, Azilal, Beni M’rirt. All these are names of carpets, as well as the areas of Berber villages and regions where these carpets are made. Due to the close geographical location, the carpets of these regions can sometimes look; however, they still differ in color and quality of wool. You will learn more about it in this article.

Azilal is a group of Berber tribes of the High Atlas Mountains. Azilal carpet is a kind of Beni Ourain carpet. It tells a story with its bright color and geometric design that reminds us of modern abstractionism, especially the milky white background. Such carpets have a single knot (unlike the multi knot in other Berber carpets).

These types of carpets are relatively young type. They originated from Beni Mrirt. Beni Mrirt carpets are considered the most expensive and luxurious Berber carpets, made from the finest wool and by the best artisans.

Beni Ourain is the collective name of 17 Berber tribes in the Atlas Mountains, who breed sheep and goats and live a traditional way of life in harsh natural conditions.

Beni Ourain carpets are easily recognizable by the thick and soft pile of natural white wool and patterns of black or brown lines in the form of diamonds or zigzags. On some carpets, there are patterns-talismans and letters of the Berber alphabet.

Initially, they were used as a sleeping blanket, or a cape, and not as a decorative floor covering. Their thick, long-pile was ideal protection from the cold in the Atlas Mountains, where temperatures drop to minus 10 in winter.

High-quality natural wool, minimalistic design, perfectly suitable for modern interiors, and affordable price made Beni Ourain carpets popular far beyond Morocco in the middle of the 20th century, when Frank Lloyd Wright, Corbusier, and other Western designers presented them to the world. They are still only made by hand, and you won’t find two identical ones.

Tazenakht carpets originate from the area between Ouarzazate and Tazenakh in the High Atlas Mountains, this region is also known for Saffron production.

Taznakht carpets are characterized by embroidery and colors of saffron, henna, and mint. Such carpets can be piled and they can be woven flatly.

This carpet is known for the diamond motifs that are also common in Turkish carpets. There is also the rhombus, which is an ancient female symbol that carries the magical meaning of fertility and reproduction of life in Morocco.

Boujad carpets are easily recognizable by their abstract design with slightly strange geometric shapes. They look more like a painting than a carpet.

Carpets are woven according to the standard Berber knot technique, but the knots are tightened more, so the carpet needs less wool that allows you to create a complex geometric pattern.

A characteristic feature of the antique carpets of Boujat is warm shades of pink, orange, or red with the addition of shades of magenta.

Antique carpets were painted only with natural dyes, for example, henna or poppy, which eventually faded and acquired an even more stylish shade. Women created such carpets for their homes and could weave them for a whole year, waiting for spring, when the poppy blossoms in the mountains.

Beni M’guild has special carpets. The Beni M’guild region is higher in the mountains than other tribes such as Beni Ouarain. The winter can be very cold there; therefore, the carpets of those areas are made with thick and long piles, so they can be warming in winter.

Always colored and often using deep shades of brown, red, purple, pink, or dark tangerine colors in combination with blue or light blue. Sometimes there are instances of a blue shade. They have a thick knot, which makes the carpet heavier and more durable. 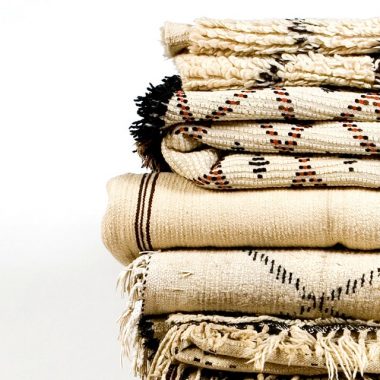 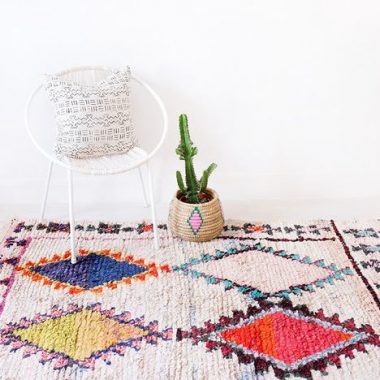 To sum up, traveling around the country, you will find yourself in the carpet market. The variety of goods is so great. Therefore, knowing about every type of carpet will make it easier for you to pick the best choice for your next carpet. Moroccoproducts provide a variety of carpets of different tribes and types. In our store, you can find the size you like. If the measurement you want is not available, we can weave a new carpet for you following your instructions. 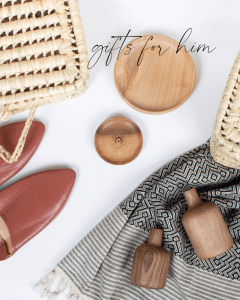 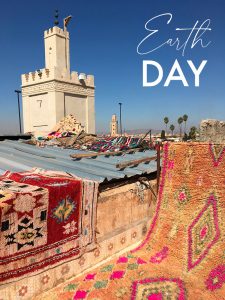 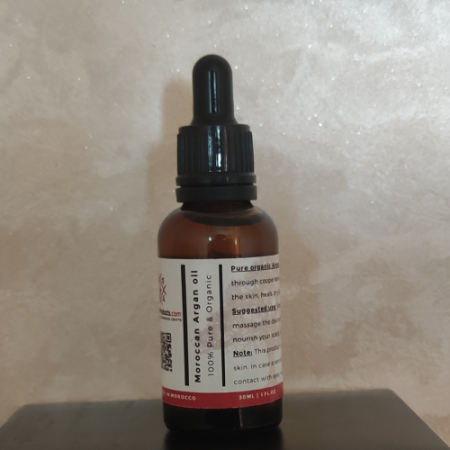 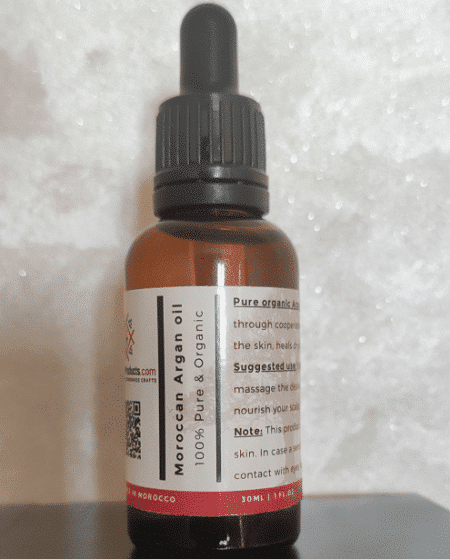 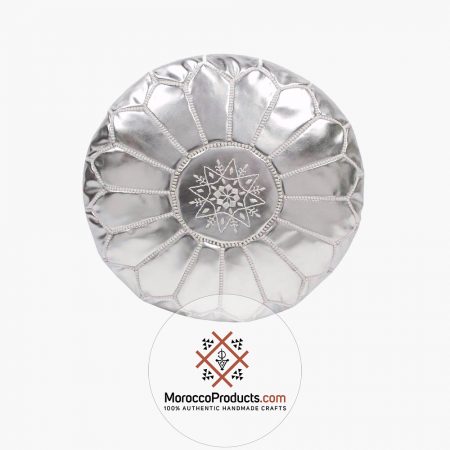 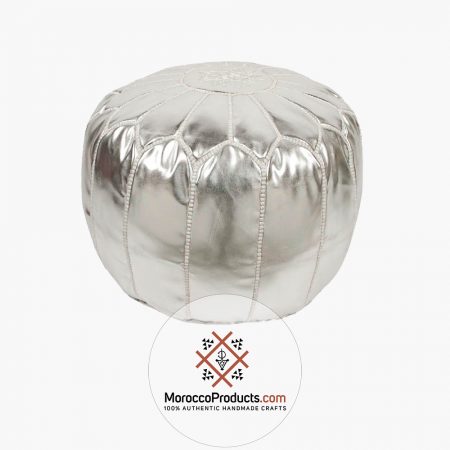 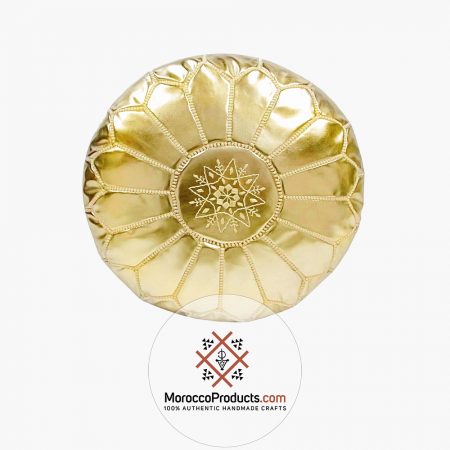 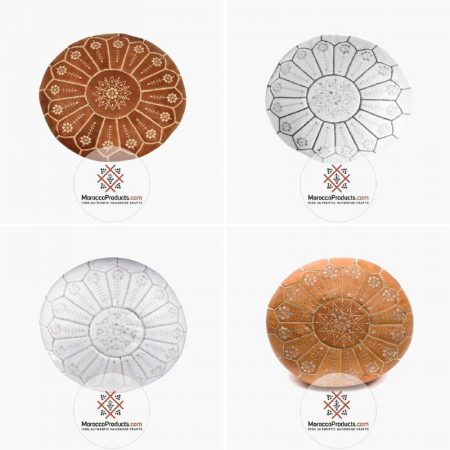 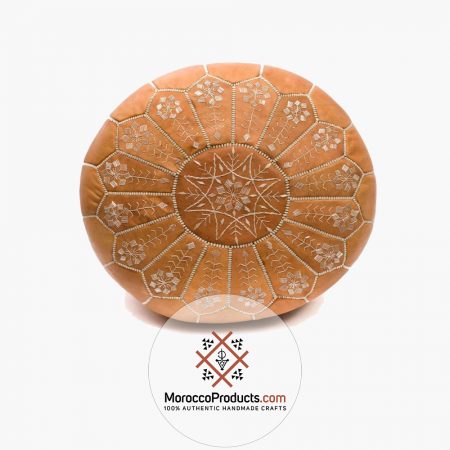 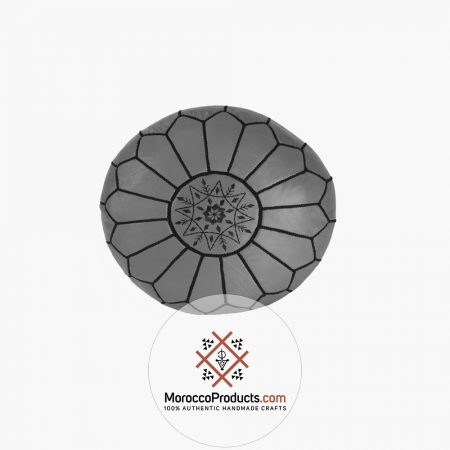 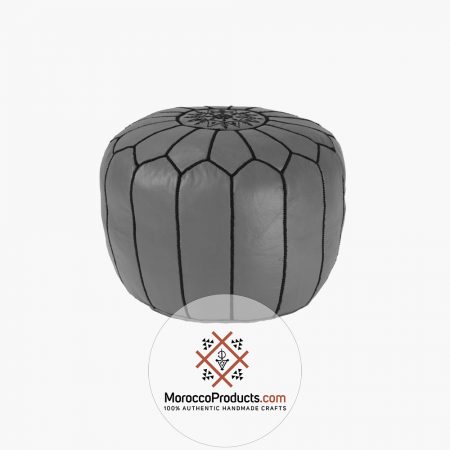 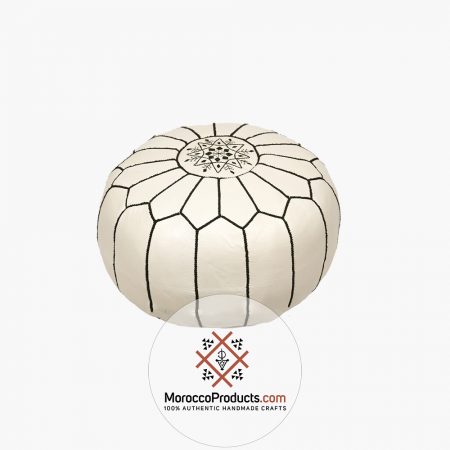 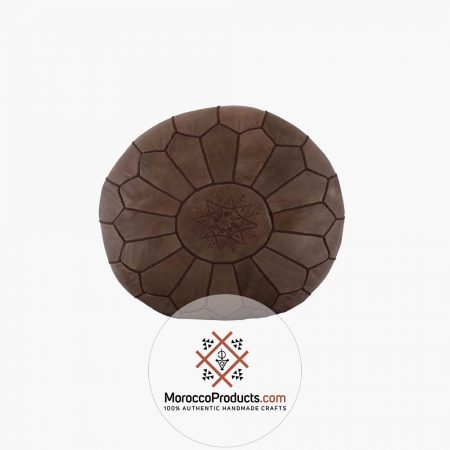 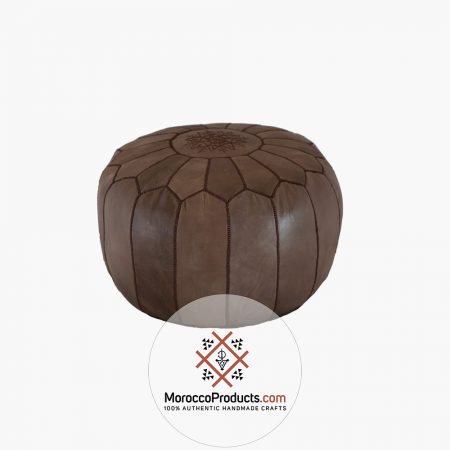 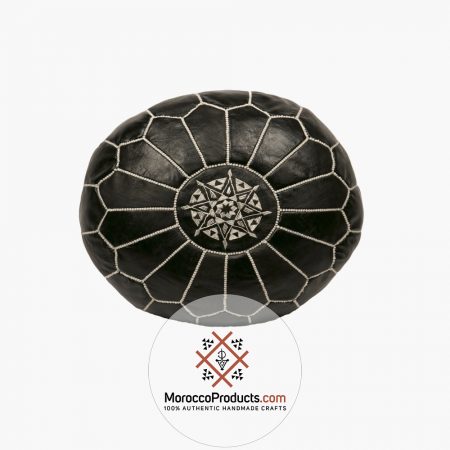 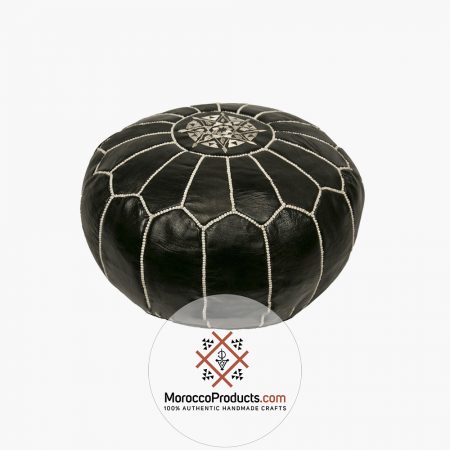 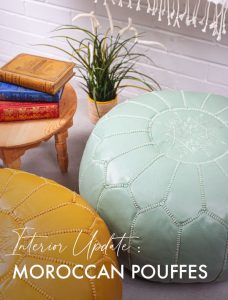